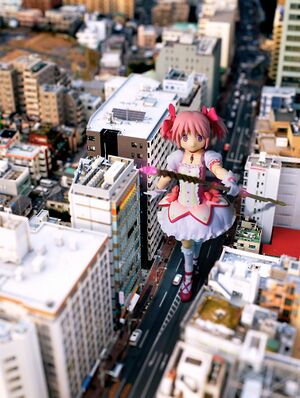 Anyone in the GTS community should like this kind of images. 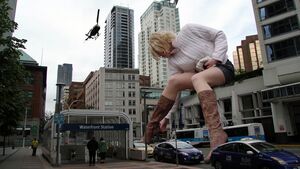 The fantasy of every member of the GTS community.

For these times, any member of the GTS community will have seen this movie. And if not, you should want to see it (even in private), because it is about a topic they like: giantess.

Community where people who like giant women (regardless of the age, species, race or other characteristic of those women) are either for sexual reasons (fetishists) or for artistic reasons or for scientific reasons, regardless of age, sex or country where this fanatic lives.

There is no official meeting place or leader. The simple idea that people who have that taste in common automatically makes them part of this community and can not get out of there (regardless of the crime you do against other members).

Even if you do not participate or even if you are just a mere spectator, if you meet the above mentioned condition, you will continue to belong to the GTS community.

That means that even the most hungry and helpless African will be a member of this community as long as he likes sexually, scientifically or artistically the giantesses.

In other words: if you DO NOT like giantesses, then you are not a member of the GTS community.

We must take into account that no community is the same as the other, so we have to take these definitions into account:

NOTE: It is possible to be in more than one community at a time, that will depend on the taste of each person.

GTS community is a subset of SD community

There are those who mistakenly believe that GTS is the same as SM, and therefore, assume that their respective community are the same.

An immediate counterexample to refute this proposition is the interaction of two women of different sizes: There would be both GTS and SW, but there would be neither GT nor SM because there is no male participation. Therefore, this example demonstrates that the GTS theme does not necessarily imply the SM theme and vice versa.

Other communities (not necessarily related)

Retrieved from "https://giantess.miraheze.org/w/index.php?title=GTS_community&oldid=19635"
Categories:
Cookies help us deliver our services. By using our services, you agree to our use of cookies.