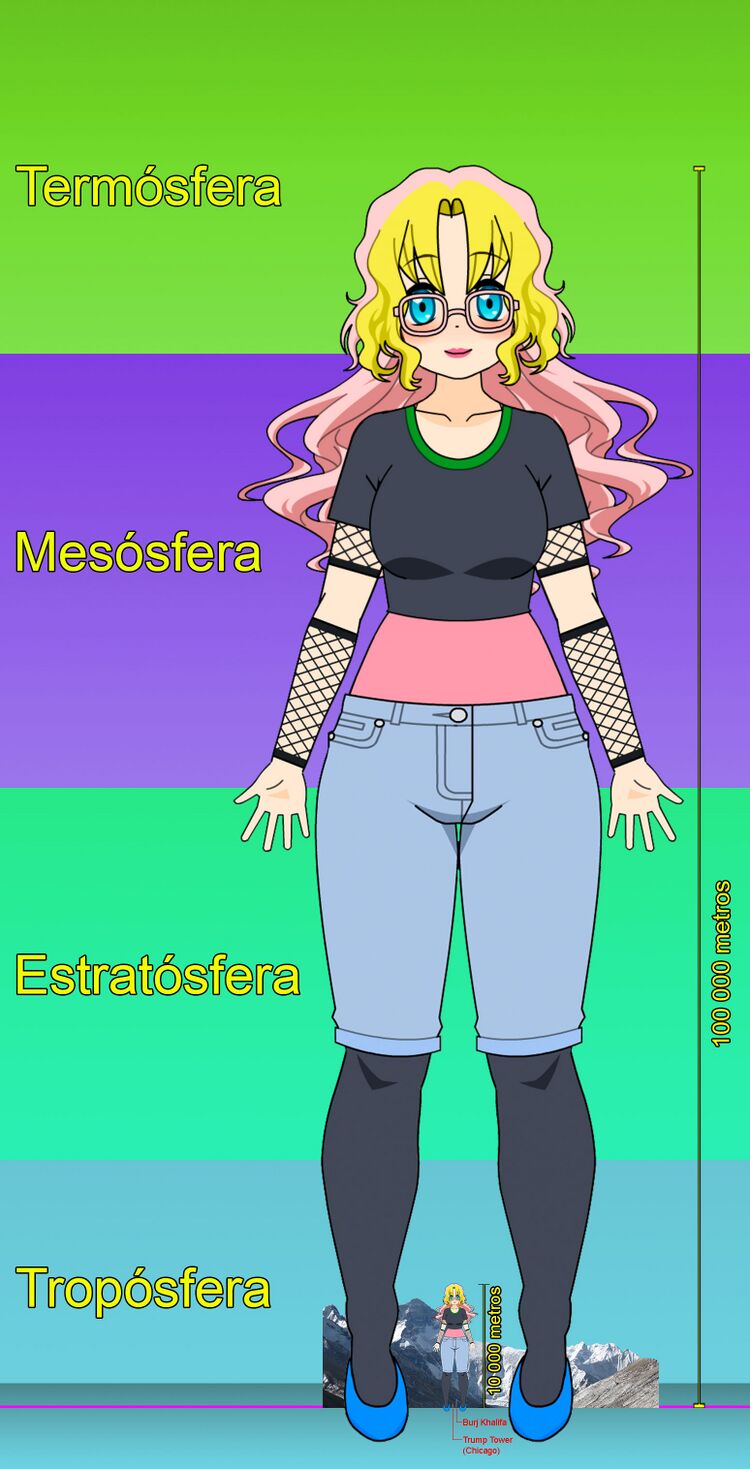 Size difference between the lowest giga-giganta (104 meters) and the highest (105 meters). It is used Wikyodai-chan, the Mount Everest (8848 meters high) and the layers of the Earth's atmosphere. There are also the Burj Khalifa (807,7 meters high) and the Trump Tower Chicago (356,9 meters high), these 2 structures are between the feet of the lowest giga-giantess (104 meters), with the aim of demonstrating how insignificant normal size humans are and likewise their larger structures.

It is considered a giga-giantess to the woman whose size oscillates between the 104 meters (10 kilometers) to the 105 meters (100 kilometers).

They are well-known for their inevitable destructiveness and their null interaction with normal-sized humans (so it is not surprising that from this size the unaware cliché is unavoidable because normal size humans are insignificant to them).

Giga-giantesses are characterized by being large enough to destroy cities with simple footsteps. Women are so large that they can destroy an entire city only by using their body. They begin to be difficult to see from space.

Another cliché that characterizes them is to be able to bed down directly on cities, destroying all buildings with their body (similar to the mega-giantesses).

Retrieved from "https://giantess.miraheze.org/w/index.php?title=Giga-giantess&oldid=32353"
Categories:
Cookies help us deliver our services. By using our services, you agree to our use of cookies.