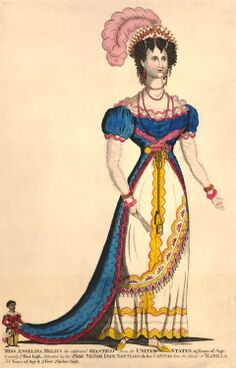 The french word "géante" is directly homologous with the word "giganta" (spanish) and "giantess" (english). The title of this cartoon is La Petit Géante which translates directly as The Little Giantess (she is a mini-giantess); however, its English version was erroneously translated as The Little Giant instead of The Little Giantess. The fact that the word "géante" (word not well-known and used in the French language) has been used can mean that the authors are linguistically educated or probably one of them is member of the GTS community.

Giantess (in Spanish language: giganta) is the most important word on GTS community. It simply means "giant woman".

Out of the GTS community

This word is almost never used, instead, the word "giant" is used. See:

On the other hand, there are people who use the word giantess despite not belonging to the GTS community. These people are cultured linguists, usually are those who studied something related to letters (Law, Literature, History, Philosophy, Social Communication, etc.).

In the GTS community

Virtually everyone in the GTS community on Internet uses this word.

When a member of this community hears or reads this word, automatically he/she will feel that there is another member of his/her community (it is as if giantess or giganta was a keyword).

The TRUE meaning of the word "giantess"

If you are going to participate in the GTS fandom, keep the following in mind: for practical purposes, the meaning of the word "giantess" is the same as "relative giantess".

You can notice this phenomenon on sites attended by the GTS fandom, such as deviantART, pixiv or Twitter.

In this wiki, due to the need for precision, we opted for:

The word "giantess" (giant woman) in other languages

Main article: The word "giantess" in other languages

Retrieved from "https://giantess.miraheze.org/w/index.php?title=Giantess&oldid=34983"
Categories:
Cookies help us deliver our services. By using our services, you agree to our use of cookies.