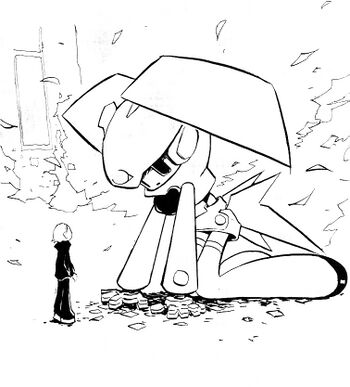 Q·Ko, although she is a mecha, was defined as female by Hajime Ueda (its author).

The Crystal Gems from Steven Universe, when they merge, they become pseudo-giantesses.

This wiki considers a woman based on her initial sex, so that means:

Of course, if it does not meet this definition then she is not a woman (not necessarily a male).

Can we reconsider the definition or make any exceptions?

If you want a character to deserve an article or consideration on the wiki, go to the forum and explain your reasons.

Retrieved from "https://giantess.miraheze.org/w/index.php?title=Woman&oldid=35598"
Categories:
Cookies help us deliver our services. By using our services, you agree to our use of cookies.